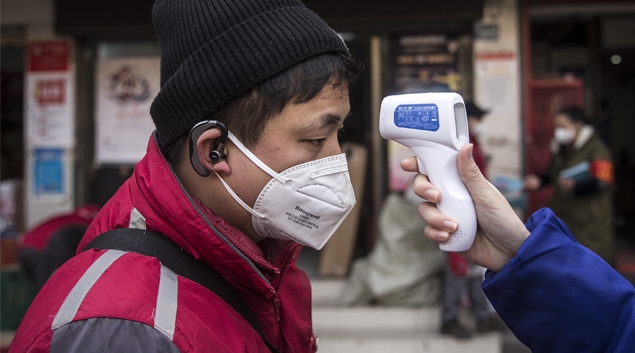 The impact of the coronavirus is significant, not just in terms of individuals’ health, but also in a business sense. Many hospitals and health systems have reported concerns about a dwindling supply of face masks and other personal protective equipment. Efforts to contain the disease may be hindered by these shortages.

If there’s one silver lining from a public health perspective, it’s that, while the coronavirus has had a significant global impact, it’s not as deadly as SARS or MERS, the analyses found. While the latter two illnesses are in the same virus family as COVID-19, they have higher fatality rates and bring on more severe illness. A 3% fatality rate has been reported for coronavirus, compared to 35% and 15% for MERS and SARS, respectively.

Patients admitted to a Wuhan, China, hospital with confirmed coronavirus had symptoms like fever (83% to 98%) or cough (76% to 82%) and roughly one-third had shortness of breath. About one-third of those patients required intensive care, mostly for oxygen support.

The information, which was released Feb. 27, indicates patients at high risk for contracting the virus include anyone with flu-like symptoms who recently traveled to China or came into close contact with somebody who recently traveled to China. It was thought at that time that the risk was identifiable simply from passing by a person with a confirmed case of coronavirus, though anecdotal information suggests this may not be the case. Officials urge caution in all situations, and studies of COVID-19 and its transmission and effects are still going on.

Transmission from a person who has an early stage of the virus, but does not yet show symptoms, has not been confirmed, according to the analysis.

Should that be proven possible, it would mean the novel coronavirus could be transmitted during the incubation period, like chicken pox or measles, the authors note.

As other respiratory viruses, human-to-human transmission is thought to occur via droplets produced by a cough or sneeze that can be airborne. It is believed that facial contact with contaminated surfaces (public water fountains, for example) could contribute to the spread, but that is less likely. The highest casualty rates are reported among elderly patients with multiple chronic conditions.

There are also economic and social risks due to COVID-19. In the initial response to an outbreak, global resource concentration can shift away from routine care toward outbreak management. One estimate referenced in the analysis concluded that reductions in service cost more than 10,600 lives during the Ebola outbreak. Indirect costs to affected regions (in for example tourism and commerce) can also be substantial.

The outbreak could potentially disrupt the drug supply and business of both major and minor drug manufacturers.

This is because a high percentage of drug ingredients are sourced from China, the epicenter of the coronavirus. This has raised some important intermediate- and long-term strategic business considerations that need to be addressed. China accounts for roughly 40% of global active pharmaceutical-ingredient production. If the country continues to be affected by the outbreak, prices on a worldwide scale could be impacted as other sources ramp up to meet demand, though the situation would likely level off over time.

Meanwhile, most healthcare facilities to date have received just 44% of the N95 face masks and 82% of the surgical masks they have ordered. The Department of Health and Human Services has announced it would stockpile facemasks in response.

Domestic and near-shore suppliers of personal protective equipment have increased production and are on track to produce an estimated 60 million masks this year, but reaching that production level will take between 30 and 60 days.

Because of the domestic backorders and the sharp reduction of imported goods, an estimated 36% of healthcare facilities are preparing for broad-scale PPE shortages, and 54% have initiated PPE conservation protocols to stretch the supplies on hand. And 46% have expressed concerns about how long current supplies will last.

Mon Mar 9 , 2020
As the House and the Senate come to a deal for an $8.3 billion spending package to combat the coronavirus, the Department of Health and Human Services has released its own emergency measures. HHS, through the Centers for Disease Control and Prevention, is awarding an initial $25 million in a […]